The deposit is a jurisdictional requirement which must be satisfied before the court can entertain any action assailing the validity of the public auction sale...
Read more

Basis for Allegations of Fraud must be Communicated to the Taxpayer

To avail of the extraordinary period of assessment, theCIR should show that the facts upon which the fraud is based is communicated to the taxpayer...
Read more

On Doing Business in the Philippines

The appointment of a distributor in the Philippines is not sufficient to constitute "doing business" unless it is under the full control of the foreign corporation...
Read more
Explore the Blog

A bona fide transferee may resort to the remedy of mandamus to compel corporations that wrongfully or unjustifiably refuse to record the transfer ...
Read more

Under the Original Document Rule (previously called the Best Evidence Rule), when the subject of inquiry is the contents of a document, writing, photograph or other record, no evidence is admissible other than the original document itself...
Read more
Explore the Blog
Search

The Implementing Rules and Regulations (IRR) of the Local Government Code provides that in case of a boundary dispute, the status of the affected area prior to the dispute shall be maintained and continued for all purposes. 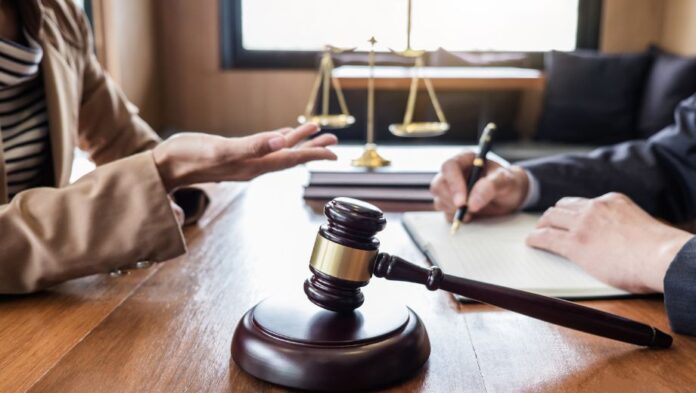 MUNICIPALITY OF CAINTA, Petitioner vs. CITY OF PASIG AND UNIWIDE SALES WAREHOUSE CLUB, INC. [G.R. No. 176703]

Petitioner Uniwide conducted and operated business in buildings and establishments constructed on parcels of land covered by Transfer Certificate of Title (TCT) Nos. 72983, 74003, and PT-74468 (subject properties) issued by the Registry of Deeds of Pasig City. In said TCTs, the location of the parcels of land is indicated as being in Pasig.

In 1989, Uniwide applied for and was issued a building permit by Pasig for its building. Uniwide also secured the requisite Mayor’s Permit for its business from Pasig and consequently paid thereto its business and realty taxes, fees, and other charges from 1989 to 1996.

However, beginning 1997, Uniwide did not file any application for renewal of its Mayor’s Permit in Pasig nor paid the local taxes thereto. Instead, it paid local taxes to Cainta after the latter gave it notice, supported by documentary proof of its claims, that the subject properties were within Cainta’s territorial jurisdiction.

Consequently, Pasig filed a case for collection of local business taxes, fees, and other legal charges due for fiscal year 1997 against Uniwide with the RTC-Pasig on 28 January 1997. Uniwide, in tum, filed a third-party complaint against Cainta for reimbursement of the taxes, fees, and other charges it had paid to the latter in the event that Uniwide was adjudged liable for payment of taxes to Pasig.

Prior to the institution of said tax collection case, Cainta had filed a petition for the settlement of its boundary dispute with Pasig on 30 January 1994, before RTC, Branch 74, Antipolo City (RTC-Antipolo), entitled Municipality of Cainta v. Municipality of Pasig, docketed as Civil Case No. 94-3006. Among the territories disputed in the aforesaid case are the subject properties.

In the course of the trial of the tax collection case, Cainta filed a Motion to Dismiss or Suspend Proceedings on the ground of litis pendentia on 6 November 2001, in view of the pending petition for settlement of the land boundary dispute with Pasig. On 22 January 2002, the RTC-Pasig denied said motion. Cainta moved for reconsideration, but the same was denied in an order dated 7 March 2002.

In its decision dated 30 June 2003, the RTC-Pasig ruled in favor of Pasig. It upheld the indefeasibility of the Torrens title held by Uniwide over the subject properties, whose TCTs indicate that the parcels of land described therein are located within the territorial limits of Pasig. The RTC-Pasig ruled that the location indicated in the TCTs is conclusive for purposes of the action for tax collection, and that any other evidence of location would constitute a collateral attack on a Torrens title proscribed by law. It thus held that Pasig has the right to collect, administer, and appraise business taxes, real estate taxes, and other fees and charges from 1997 up to the present. It ordered Uniwide to pay Pasig local taxes and fees and real estate taxes beginning 1997, as well as attorney’s fees in the amount of ₱500,000.00 plus costs of suit.

In its assailed decision dated 12 July 2006, the CA affirmed the ruling of the RTC-Pasig with modification as to the award of attorney’s fees.

Whether Uniwide was liable for local business and real property taxes to Pasig City despite the boundary dispute between Cainta and Pasig City.

For purposes of complying with local tax liabilities, the taxpayer is entitled to rely on the location stated in the certificate of title.

Under the Local Government Code (LGC), local business taxes are payable for every separate or distinct establishment or place where business subject to the tax is conducted, which must be paid by the person conducting the same.

For real property taxes, Presidential Decree (PD) 464 or the Real Property Tax Code provides that collection is vested in the locality where the property is situated. This is affirmed by Sections 201 and 247 of the Local Government Code.

Since it is clear that local business taxes and realty taxes are to be collected by the local government unit where the business is conducted or the real property is located, the primordial question presented before this Court is: how is location determined for purposes of identifying the LGU entitled to collect taxes.

This Court holds that the location stated in the certificate of title should be followed until amended through proper judicial proceedings.

PD 1529, or the Property Registration Decree (PRD), is an update of the Land Registration Act (Act 496) and relates to the registration of real property. Section 31 thereof provides that a decree of registration, once issued, binds the land and quiets title thereto, and it is conclusive upon and against all persons, including the National Government and all branches thereof.

The land registration court, in confirming the applicant’s title, necessarily passes upon the technical description of the land and consequently its location, based on proof submitted by the applicant and reports by the Commissioner of Land Registration and Director of Lands. There is thus basis to presume correct the location stated in the Certificate of Title and to rely thereon for purposes of determining the situs of local taxation, until it is cancelled or amended.

In Odsique v. Court of Appeals, the Supreme Court held that a certificate of title is conclusive not only of ownership of the land but also its location.

Moreover, the Implementing Rules and Regulations (IRR) of the LGC provides that in case of a boundary dispute, the status of the affected area prior to the dispute shall be maintained and continued for all purposes.

It is not controverted that the stated location in the TCTs has remained unchanged since their issuance and that Uniwide has faithfully paid its local business taxes, fees, and other charges to Pasig since 1989, prior to the institution of the boundary dispute case. This status should be maintained until final judgment is rendered and the necessary amendments to the TCTs, if any, are made.

All told, considering that the TCTs show that the subject properties are located in Pasig, Pasig is deemed the LGU entitled to collect local business taxes and realty taxes, as well as relevant fees and charges until an amendment, if any, to the location stated therein is ordered by the land registration court after proper proceedings.