A corporation may be placed under receivership, or management committees may be created to preserve properties involved in a suit and to protect the rights of the parties under the control and supervision of the court...
Read more

Under the Original Document Rule (previously called the Best Evidence Rule), when the subject of inquiry is the contents of a document, writing, photograph or other record, no evidence is admissible other than the original document itself...
Read more
Explore the Blog

Basis for Allegations of Fraud must be Communicated to the Taxpayer

To avail of the extraordinary period of assessment, theCIR should show that the facts upon which the fraud is based is communicated to the taxpayer...
Read more

Although an heir's right in the estate of the decedent which has not been fully settled and partitioned is merely inchoate, Article 493 of the Civil Code gives the heir the right to exercise acts of ownership...
Read more

The local government unit entitled to collect real property taxes from Sta. Lucia must undoubtedly show that the subject properties are situated within its territorial jurisdiction...
Read more
Explore the Blog

The burden of proving that the termination of  an employee was for a just or authorized cause lies with the employer. To discharge this burden, the employer must present substantial evidence,  or the amount of relevant evidence which a reasonable mind might accept as  adequate to justify a conclusion, and not based on mere surmises or  conjectures. 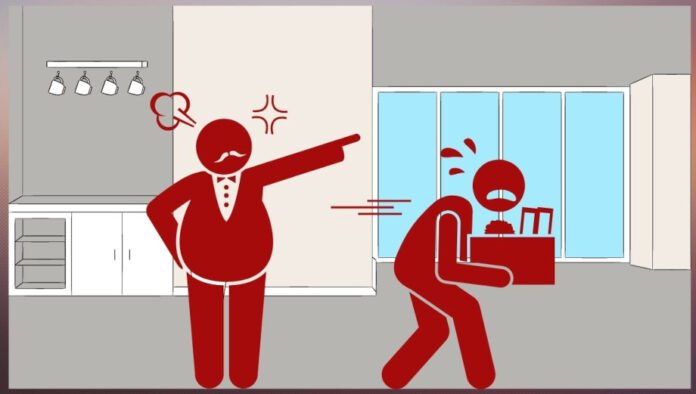 On June 5, 2011, Michelle Elvi C. Ballesteros (Ballesteros) received a letter from her employer, Systems and Plan Integrator and Development Corp. (SPID Corp.), informing her of her termination from the service.

The company alleged that Ballesteros’ employment was  terminated based on her incompetence and inefficiency in the performance of  duties. Also, SPID Corp. lost its confidence and trust in Ballesteros because of  her continued neglect of duty and habitual absences and tardiness.

Ruling of the Labor Arbiter

The arbiter dismissed the complaint for  lack of merit, ruling as follows:

After a perusal of the evidence on hand, we rule that the version of the respondents deserves more credence than that of complainant. This can be gleaned from the various print-outs generated from the respondent company’s biometric-based attendance system where it is shown that in 2010, complainant incurred 203 counts of tardiness/undertime and 4 counts of absences without leave, while in 2011, she incurred 52 counts of tardiness and 7 counts of absences without pay.

While complainant claims that the print-outs are self-serving with no probative value, we are convinced that the biometric-based system of recording employee attendance is tamper-proof and conclusive evidence of an employee’s attendance record[s] since the entries therein are based on the employee’s biometrics or fingerprint.

On appeal, the NLRC reversed the LA’s ruling.

Ruling of the Court of Appeals

Based on the foregoing, the NLRC did not commit grave abuse of  discretion amounting to lack or excess of jurisdiction when it ruled that habitual  leave of absences (gross habitual neglect of duty) in 2008; open and willful  disobedience in 2009; and monetary shortage in 2010, resulting in the respondent  company’s loss of trust and confidence, were never substantiated. In the absence  of substantial evidence, the contentions of petitioners are self-serving and  incapable of showing that the dismissal of the private respondent was  justified.

Whether Ballesteros was illegally dismissed.

For a dismissal from employment to be valid, it must be pursuant to either  a just, or an authorized cause, under Articles 297, 298, or 299 of the Labor  Code, as amended. Furthermore, the burden of proving that the termination of  an employee was for a just or authorized cause lies with the employer. If the  employer fails to meet this burden, the dismissal is unjustified, thus, illegal. To discharge this burden, the employer must present substantial evidence,  or the amount of relevant evidence which a reasonable mind might accept as  adequate to justify a conclusion, and not based on mere surmises or  conjectures.

Here, the company dismissed Ballesteros based on three just causes: (a)  habitual leaves of absence or gross habitual neglect of duty; (b) open and willful  disobedience; and ( c) money shortage, thus, loss of trust and confidence.

Gross and Habitual Neglect of Duty

SPID Corp. dismissed Ballesteros based on gross neglect of duty because  of her habitual leaves of absence, habitual tardiness, and undertime.

Robustan, Inc. v. Court of Appeals1 [G.R. No. 223854; 15 March 2021]  provides the standard for establishing gross neglect of duty as a just cause for  terminating employment:

Thus, under the Labor Code, to be a valid ground for dismissal, the negligence must be gross and habitual. Gross negligence has been defined as the want or absence of even slight care or diligence as to amount to a reckless disregard of the safety of the person or property. It evinces a thoughtless disregard of consequences without exerting any effort to avoid them. Put differently, gross negligence is characterized by want of even slight care, acting or omitting to act in a situation where there is a duty to act, not inadvertently, but willfully and intentionally with a conscious indifference to consequences insofar as other persons may be affected.

The presentation of the certified true copies of Ballesteros’ leave ledger  does not sufficiently establish the required habituality of neglect that would  merit her dismissal. For one, all the leaves she incurred were deducted from  earned leave credits, meaning, credits she was entitled to over the course of her  work. This Court has held that only habitual absenteeism without leave  constitutes gross negligence. Secondly, such leaves were so few to be  characterized as a reckless disregard for the safety of the company. It could not  be said that she repeatedly neglected her duty for she was only absent for a total  of 12.5 days over the period of six months and a week (January 2008 to July 7,  2008).

As to habitual tardiness, the company failed again to substantiate Ballesteros’ habitual  tardiness and undertime, as the generated print-outs presented to the NLRC  were mere photocopies and unauthenticated. The Court had previously  disregarded unsigned listings and computer printouts presented in evidence by  the employer to prove its employee’s absenteeism and tardiness, holding thus:

We find that the handwritten listing and unsigned computer print-outs were unauthenticated and, hence, unreliable. Mere self-serving evidence of which the listing and print-outs are of that nature should be rejected as evidence without any rational probative value even in administrative proceedings.

Similarly, absent reliable and reasonable proof that Ballesteros was indeed  habitually tardy, and habitually incurred undertime for more than 1O days in a  month for six months, the Court cannot conclude that she is guilty of gross and  habitual neglect of duty.

SPID Corp. argues that Ballesteros’ dismissal was due to her open and  willful disobedience of company procedure in the preparation of deposit slips.

For willful disobedience to be a valid cause for dismissal, these two  elements must concur: (1) the employee’s assailed conduct must have been  willful or intentional, the willfulness being characterized by “a wrongful and  perverse attitude;” and (2) the order violated must have been reasonable, lawful,  made known to the employee, and must pertain to the duties which he had been  engaged to discharge.

The records show no proof that the company made  known to Ballesteros instructions on preparation of deposit slips, except the  February 11, 2009 Memorandum reprimanding her for her negligence. Neither  did the company present proof that Ballesteros’ transgression was coupled with  a wrongful intent, or a wrongful and perverse attitude, both very different from  mere simple negligence, or a mere error in judgment. Again, the burden is on  the employer to present substantial evidence, or the amount of relevant evidence  which a reasonable mind might accept as adequate to justify a conclusion.

Even if the company presented proof of both the instruction, and  Ballesteros’ violation of the instruction, her failure “to text the [ concerned] employee [regarding] their deposit slips while waiting for the scanner to be  fixed” cannot be said to be a product of a wrongful and perverse attitude. It  was merely a momentary lapse of judgment on her part, rather than some design  to circumvent the company’s policy regarding deposit slips.

The requirement of  willfulness or wrongful intent in the appreciation of the aforementioned just  causes, in turn, underscores the intent of the law to reserve only to the gravest  infractions the ultimate penalty of dismissal. It is essential that the infraction  committed by an employee is serious, not merely trivial, and be reflective of a  certain degree of depravity or ineptitude on the employee’s part, in order for the  same to be a valid basis for the termination of his employment.

Loss of Trust and Confidence

The last ground for Ballesteros’ dismissal is loss of trust and confidence  due to a monetary shortage amounting to ₱1,100.00.

The first element was met because Ballesteros, an administrative officer at  the time of her termination, held a position of trust and confidence. Her tasks  included “answering/endorsement of telephone calls, preparation of deposit  slips, handling of petty cash fund, front-lining duties, and other related tasks.” However, the second element, pertaining to the act that breached the company’s  trust and confidence, was never established in the NLRC and CA proceedings.  For loss of trust and confidence to be a valid ground for dismissal, it must be  substantial, and not arbitrary, whimsical, capricious, and concocted. It demands  that a degree of severity attends the employee’s breach of trust.

The Court agrees with the CA that Ballesteros’ monetary shortage in the  amount of ₱1,100.00 cannot be considered substantial and severe, as to justify  the company’s loss of trust and confidence in her. Furthermore, not only did  Ballesteros admit that she was negligent in not counting the money before  returning the same, the amount was even deducted from her salary and returned  to the company. To dismiss Ballesteros over such an insignificant amount  which she duly returned would amount to a clear injustice.

Previous articleVillongco v. Yabut – On Disputed Shares and Quorum
Next articleMEDICARD v. CIR – On Letter of Authority and Letter Notice