For stock corporations, the quorum is based on the number of outstanding voting stocks. The distinction of undisputed or disputed shares of stocks is not provided for in the law or the jurisprudence...
Read more
Explore the Blog

The local government unit entitled to collect real property taxes from Sta. Lucia must undoubtedly show that the subject properties are situated within its territorial jurisdiction...
Read more

Since the law specifically requires an LOA and RMO No. 32-2005 requires the conversion of the previously issued LN to an LOA, the absence thereof cannot be simply swept under the rug...
Read more
Explore the Blog 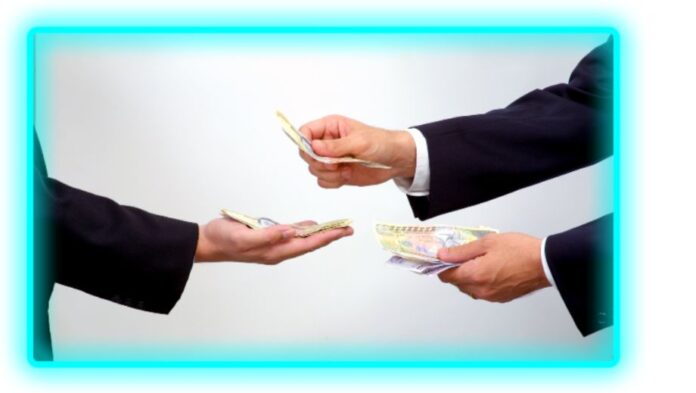 MEDICARD is a Health Maintenance Organization (HMO) that provides prepaid health and medical insurance coverage to its clients. Individuals enrolled in its health care programs pay an annual membership fee and are entitled to various preventive, diagnostic and curative medical services provided by duly licensed physicians, specialists and other professional technical staff participating in the group practice health delivery system at a hospital or clinic owned, operated or accredited by it.

According to the CIR, the taxable base of HMOs for VAT purposes is its gross receipts without any deduction under Section 4.108.3(k) of Revenue Regulation (RR) No. 16-2005. Citing Commissioner of Internal Revenue v. Philippine Health Care Providers, Inc., the CIR argued that since MEDICARD. does not actually provide medical and/or hospital services, but merely arranges for the same, its services are not VAT exempt.

On July 20, 2009, MEDICARD proceeded to file a petition for review before the CTA, reiterating its position before the tax authorities.

Whether the amounts earmarked and eventually paid by MEDICARD to the medical service providers form part of its gross receipts for VAT purposes.

The CTA en banc overlooked that the definition of gross receipts under. RR No. 16-2005 merely presumed that the amount received by an HMO as membership fee is the HMO’s compensation for their services. As a mere presumption, an HMO is, thus, allowed to establish that a portion of the amount it received as membership fee does NOT actually compensate it but some other person, which in this case are the medical service providers themselves. It is a well-settled principle of legal hermeneutics that words of a statute will be interpreted in their natural, plain and ordinary acceptation and signification, unless it is evident that the legislature intended a technical or special legal meaning to those words. The Court cannot read the word “presumed” in any other way.

Gross Receipts under Section 108 of the NIRC

MEDICARD as a Health Maintenance Organization

In the proceedings below, the nature of MEDICARD’s business and the extent of the services it rendered are not seriously disputed. As an HMO, MEDICARD primarily acts as an intermediary between the purchaser of healthcare services (its members) and the healthcare providers (the doctors, hospitals and clinics) for a fee. By enrolling membership with MEDICARD, its members will be able to avail of the pre-arranged medical services from its accredited healthcare providers without the necessary protocol of posting cash bonds or deposits prior to being attended to or admitted to hospitals or clinics, especially during emergencies, at any given time. Apart from this, MEDICARD may also directly provide medical, hospital and laboratory services, which depends upon its member’s choice.

Thus, in the course of its business as such, MED ICARD members can either avail of medical services from MEDICARD’s accredited healthcare providers or directly from MEDICARD. In the former, MEDICARD members obviously knew that beyond the agreement to pre-arrange the healthcare needs of its members, MEDICARD would not actually be providing the actual healthcare service. Thus, based on industry practice, MEDICARD informs its would-be member beforehand that 80% of the amount would be earmarked for medical utilization and only the remaining 20% comprises its service fee. In the latter case, MEDICARD’s sale of its services is exempt from VAT under Section 109(G).

Gross Receipts of MEDICARD, an HMO, for VAT purposes

For this Court to subject the entire amount of MEDICARD’s gross receipts without exclusion, the authority should have been reasonably founded from the language of the statute. That language is wanting in this case. In the scheme of judicial tax administration, the need for certainty and predictability in the implementation of tax laws is crucial. Our tax authorities fill in the details that Congress may not have the opportunity or competence to provide. The regulations these authorities issue are relied upon by taxpayers, who are certain that these will be followed by the courts. Courts, however, will not uphold these authorities’ interpretations when dearly absurd, erroneous or improper. The CIR’s interpretation of gross receipts in the present case is patently erroneous for lack of both textual and non-textual support.

The Court rules that for purposes of determining the VAT liability of an HMO, the amounts earmarked and actually spent for medical utilization of its members should not be included in the computation of its gross receipts.

Previous articleMEDICARD v. CIR – On Letter of Authority and Letter Notice
Next articleFilinvest Development Corporation v. Del Rosario – On Deposit under Section 267 of the LGC