The surviving or consolidated corporation shall be responsible and liable for all the liabilities and obligations of each of the constituent corporations ...
Read more

​​Possession of unique skills, expertise, or talent is a persuasive element of an independent contractor. It becomes conclusive if it is established that the worker performed the work according to his/her own manner and method and free from the principal 's control except to the result...
Read more

The Corporation Code does not require any specific amount of interest for the exercise of the right to inspect corporate books and records..
Read more
Explore the Blog

The burden of proving that the termination of  an employee was for a just or authorized cause lies with the employer. If the  employer fails to meet this burden, the dismissal is unjustified, thus, illegal...
Read more
Explore the Blog

For purposes of complying with local tax liabilities, the taxpayer is entitled to rely on the location stated in the certificate of title...
Read more

A corporation may be placed under receivership, or management committees may be created to preserve properties involved in a suit and to protect the rights of the parties under the control and supervision of the court...
Read more
Explore the Blog
Search

Based on Section 6 of the NIRC, it is clear that unless authorized by the CIR himself or by his duly authorized representative, through an LOA, an examination of the taxpayer cannot ordinarily be undertaken. 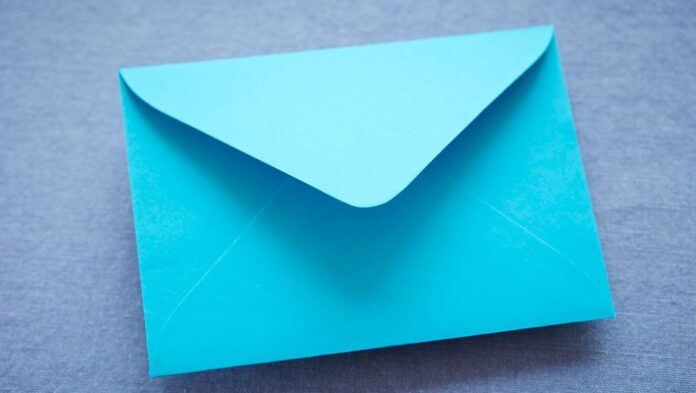 MEDICARD is a Health Maintenance Organization (HMO) that provides prepaid health and medical insurance coverage to its clients. Individuals enrolled in its health care programs pay an annual membership fee and are entitled to various preventive, diagnostic and curative medical services provided by duly licensed physicians, specialists and other professional technical staff participating in the group practice health delivery system at a hospital or clinic owned, operated or accredited by it.

According to the CIR, the taxable base of an HMO for VAT purposes is its gross receipts without any deduction under Section 4.108.3(k) of Revenue Regulations (RR) No. 16-2005. Citing Commissioner of Internal Revenue v. Philippine Health Care Providers, Inc., the CIR argued that since MEDICARD. does not actually provide medical and/or hospital services, but merely arranges for the same, its services are not VAT exempt.

On July 20, 2009, MEDICARD proceeded to file a petition for review before the Court of Tax Appeals (CTA), reiterating its position before the tax authorities.

Ruling of the CTA Division

Undaunted, MEDICARD filed a Motion for Reconsideration but it was denied. Hence, MEDICARD elevated the matter to the CTA en banc.

Ruling of the CTA en banc

In a Decision dated September 2, 2015, the CTA en banc partially granted the petition only insofar as the 10% VAT rate for January 2006 is concerned but sustained the findings of the CTA Division in all other matters.

Whether the absence of LOA rendered the assessment void.

An LOA is the authority given to the appropriate revenue officer assigned to perform assessment functions. It empowers or enables said revenue officer to examine the books of account and other accounting records of a taxpayer for the purpose of collecting the correct amount of tax. An LOA is premised on the fact that the examination of a taxpayer who has already filed his tax returns is a power that statutorily belongs only to the CIR himself or his duly authorized representatives.

Based on Section 6 of the NIRC, it is clear that unless authorized by the CIR himself or by his duly authorized representative, through an LOA, an examination of the taxpayer cannot ordinarily be undertaken. The circumstances contemplated under Section 6 where the taxpayer may be assessed through best-evidence obtainable, inventory-taking, or surveillance among others has nothing to do with the LOA. These are simply methods of examining the taxpayer in order to arrive at the correct amount of taxes. Hence, unless undertaken by the CIR himself or his duly authorized representatives, other tax agents may not validly conduct any of these kinds of examinations without prior authority.

In this case, there is no dispute that no LOA was issued prior to the issuance of a PAN and FAN against MEDICARD. Therefore no LOA was also served on MEDICARD. The LN that was issued earlier was also not converted into an LOA as required under  RMO 32-2005. Surprisingly, the CIR did not even dispute the applicability of RMO 32-2005 in the present case which is clear and unequivocal on the necessity of an LOA for the assessment proceeding to be valid. Hence, the CTA’s disregard of MEDICARD’s right to due process warrant the reversal of the assailed decision and resolution.

In the case of Commissioner of Internal Revenue v. Sony Philippines, Inc. , the Court said that:

The Court cannot convert the LN into the LOA required under the law even if the same was issued by the CIR himself. Under RR No. 12-2002, LN is issued to a person found to have underreported sales/receipts per data generated under the RELIEF system. Upon receipt of the LN, a taxpayer may avail of the BIR’s Voluntary Assessment and Abatement Program. If a taxpayer fails or refuses to avail of the said program, the BIR may avail of administrative and criminal remedies, particularly closure, criminal action, or audit and investigation. Since the law specifically requires an LOA and RMO No. 32-2005 requires the conversion of the previously issued LN to an LOA, the absence thereof cannot be simply swept under the rug, as the CIR would have it. In fact Revenue Memorandum Circular No. 40-2003 considers an LN as a notice of audit or investigation only for the purpose of disqualifying the taxpayer from amending his returns.

The following differences between an LOA and LN are crucial. First, an LOA addressed to a revenue officer is specifically required under the NIRC before an examination of a taxpayer may be had while an LN is not found in the NIRC and is only for the purpose of notifying the taxpayer that a discrepancy is found based on the BIR’s RELIEF System. Second, an LOA is valid only for 30 days from date of issue while an LN has no such limitation. Third, an LOA gives the revenue officer only a period of 120 days from receipt of LOA to conduct his examination of the taxpayer whereas an LN does not contain such a limitation.  Simply put, LN is entirely different and serves a different purpose than an LOA. Due process demands, as recognized under RMO No. 32-2005, that after an LN has served its purpose, the revenue officer should have properly secured an LOA before proceeding with the further examination and assessment of the petitioner. Unfortunately, this was not done in this case. Contrary to the ruling of the CTA en banc, an LOA cannot be dispensed with just because none of the financial books or records being physically kept by MEDICARD was examined. To begin with, Section 6 of the NIRC requires an authority from the CIR or from his duly authorized representatives before an examination “of a taxpayer” may be made. The requirement of authorization is therefore not dependent on whether the taxpayer may be required to physically open his books and financial records but only on whether a taxpayer is being subject to examination.

That the BIR officials herein were not shown to have acted unreasonably is beside the point because the issue of their lack of authority was only brought up during the trial of the case. What is crucial is whether the proceedings that led to the issuance of VAT deficiency assessment against MEDICARD had the prior approval and authorization from the CIR or her duly authorized representatives. Not having authority to examine MEDICARD in the first place, the assessment issued by the CIR is inescapably void.